One of the latest features I’ve added to OrcaMDF is support of databases with multiple data files. This required relatively little parsing changes, actually it was mostly bug fixing code that wasn’t hit previously, due to only working with single file databases. It did however require some major refactoring to move away from MdfFile being the primary entrypoint, to now using the Database class, encapsulating a variable number of DataFiles.

OrcaMDF supports the standard proportional fill allocation scheme where a table is created in the database, being bound to the default PRIMARY filegroup containing all the data files. As an example, you might create the following database & schema:

This would cause MyTable to be proportionally allocated between the three data files (the C column being used for the fill to require 100 pages of storage – to ensure we hit all three data files). And to parse it, all you’d do is the following:

And when run, you’ll see this: 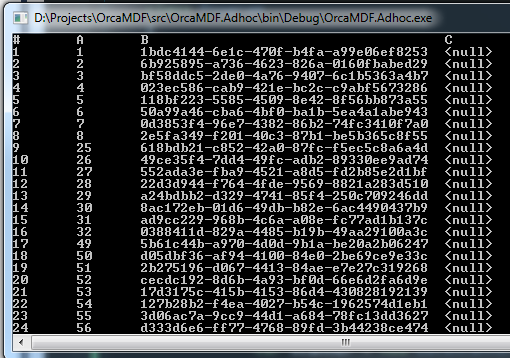 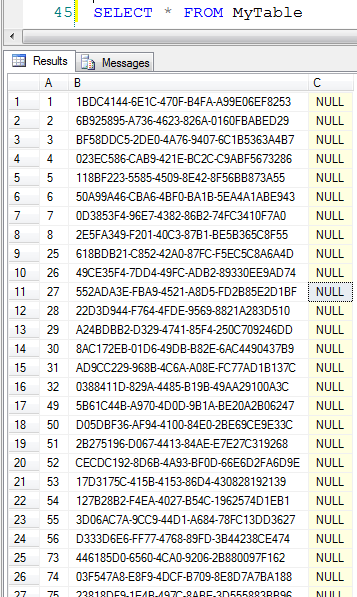 OrcaMDF also supports the use of filegroups, including proportional fill allocation within a specific filegroup. As an example, you might create the following database & schema:

This would cause MyTable to be proportionally allocated in the second and third datafile (the D column being used for fill to require 100 pages of storage – to ensure we hit both data files in the filegroup), while the primary data file is left untouched. To parse it, you’d do the exact same as in the previous example, and the result would be: 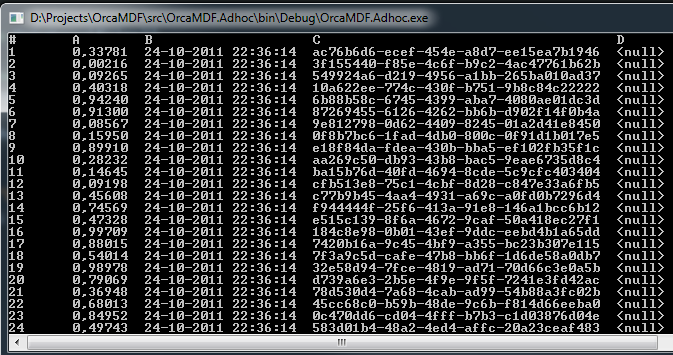