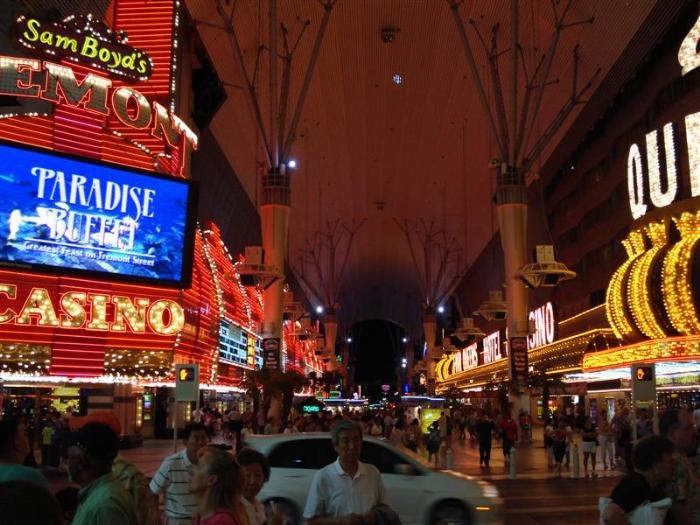 After eating at the Wynn we went downtown to Fremont Street to see the incredible lightshows. 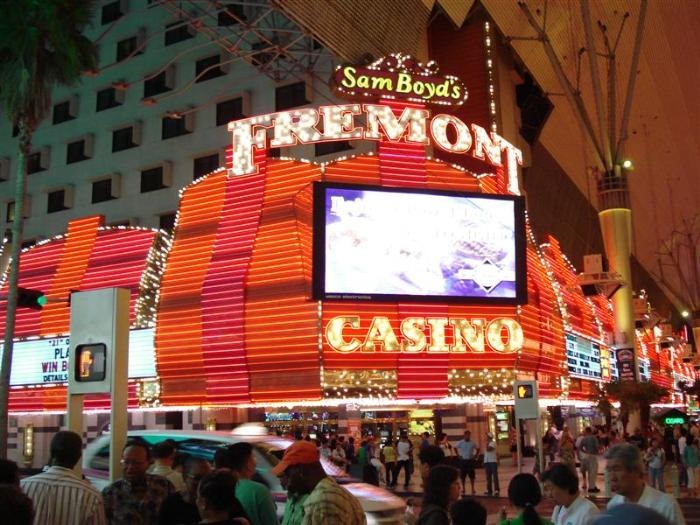 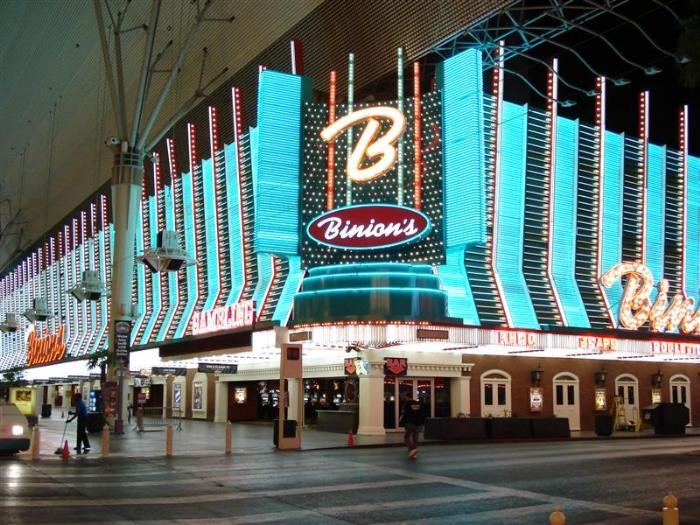 Hanging above Fremont Street is a “monitor” of unimagineable size, literally covering the whole street. On this monitor area shows are being shown each our from 7 PM until midnight. Different shows are shown at different times, unfortunately we only had the time to see one of them (as we arrived near midnight). Although the picture quality isn’t really that great due to lack of light and very changing light conditions, it should be rather easy to notice that the show contained a lot of lightly clothed women - not bad! 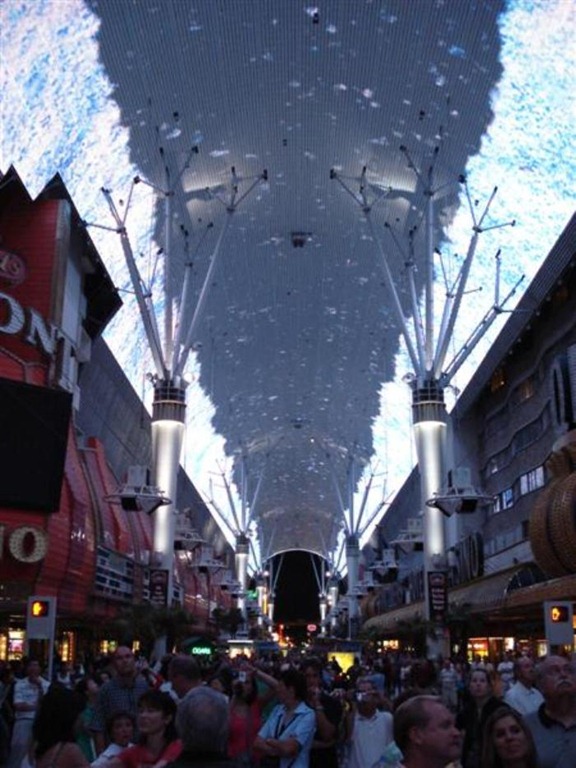 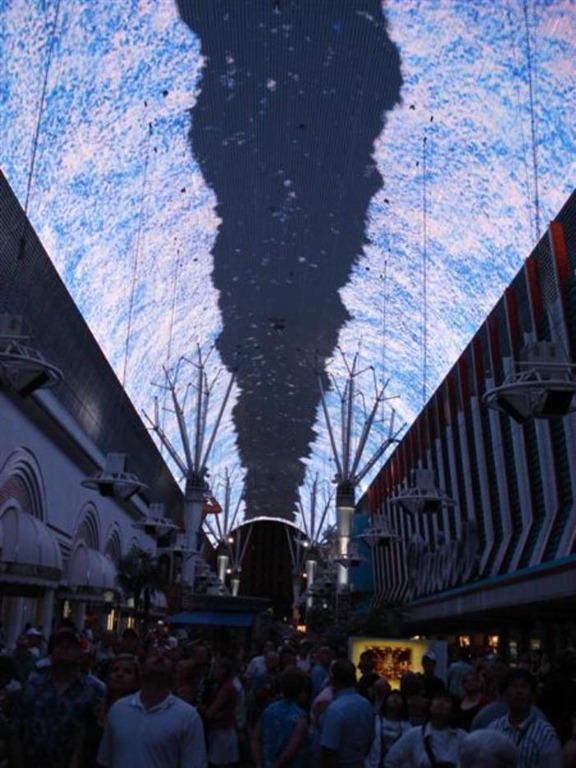 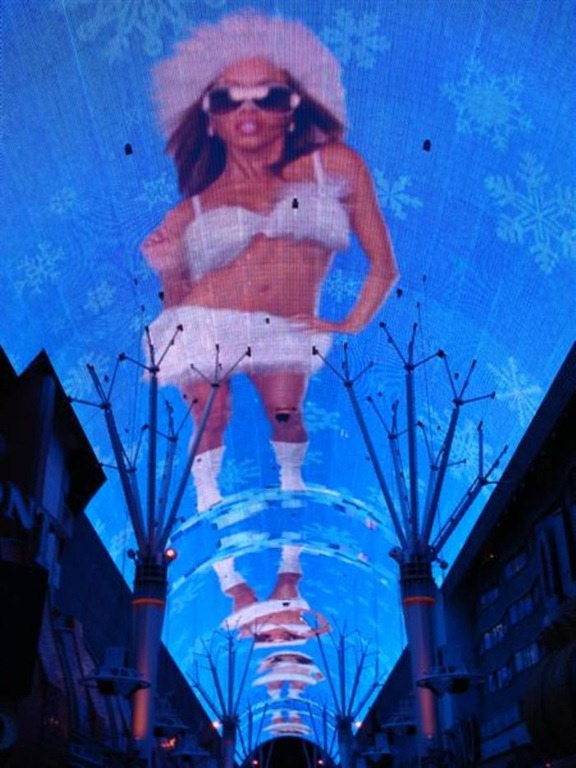 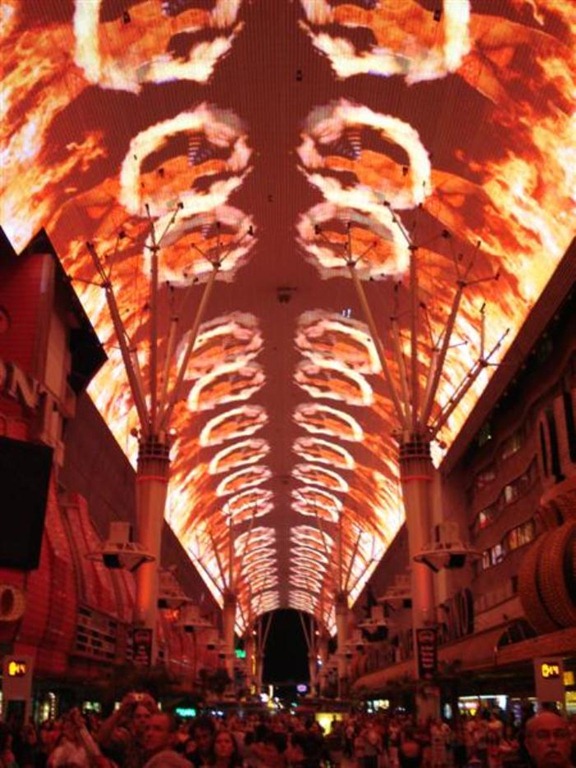 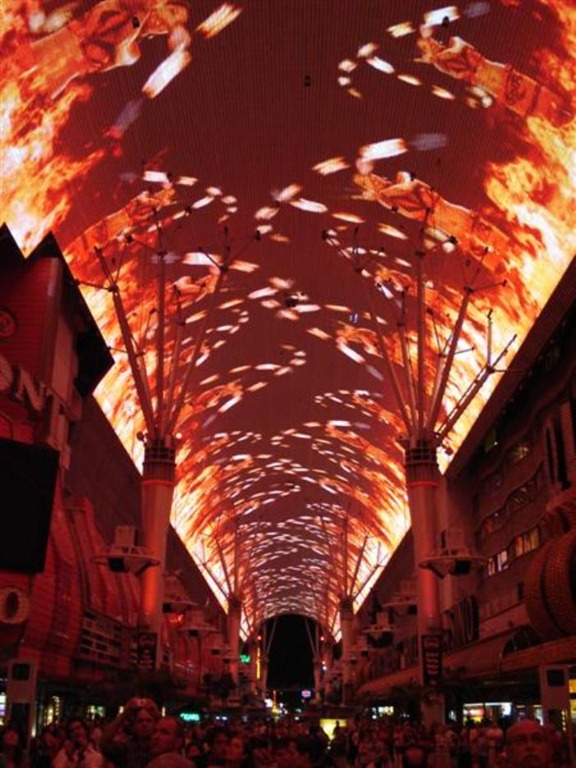 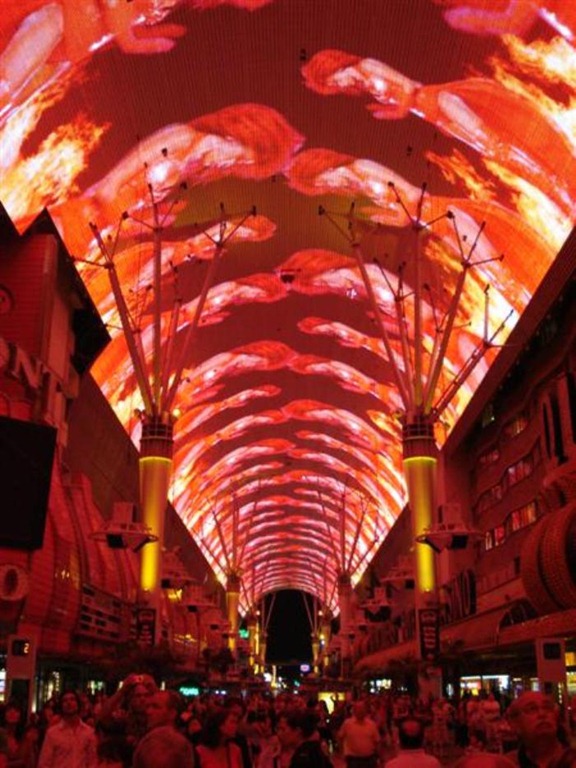 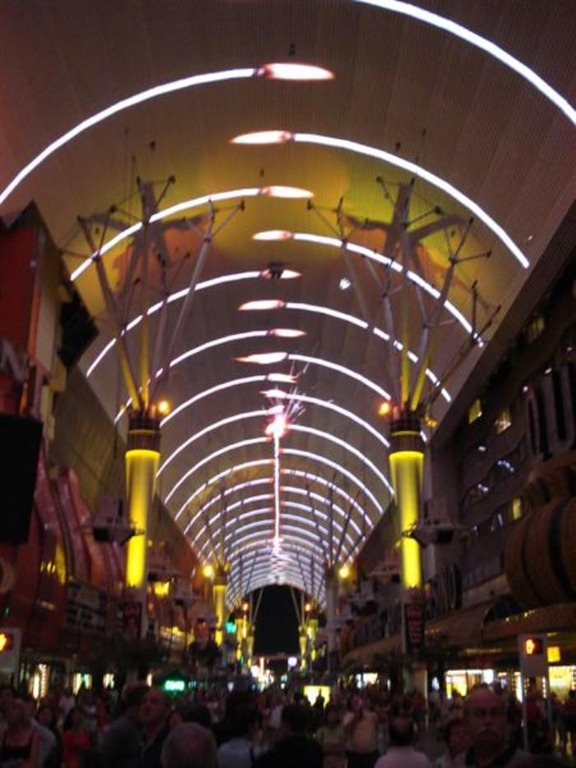 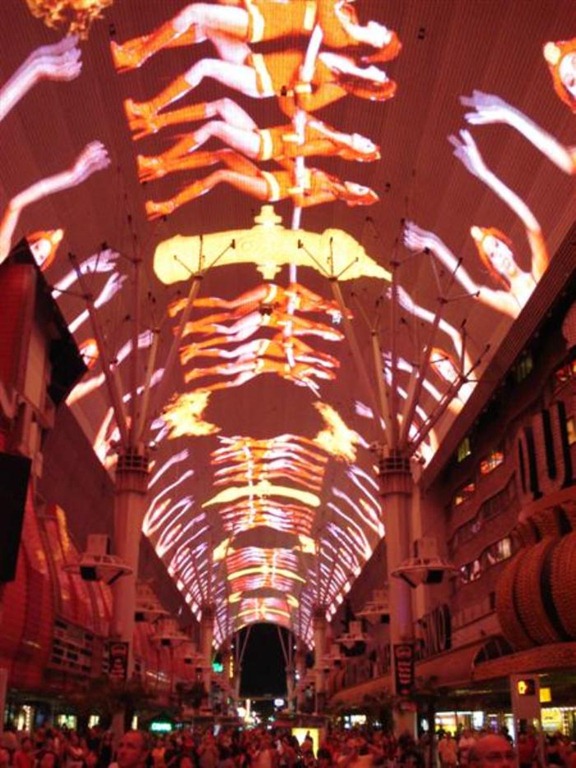 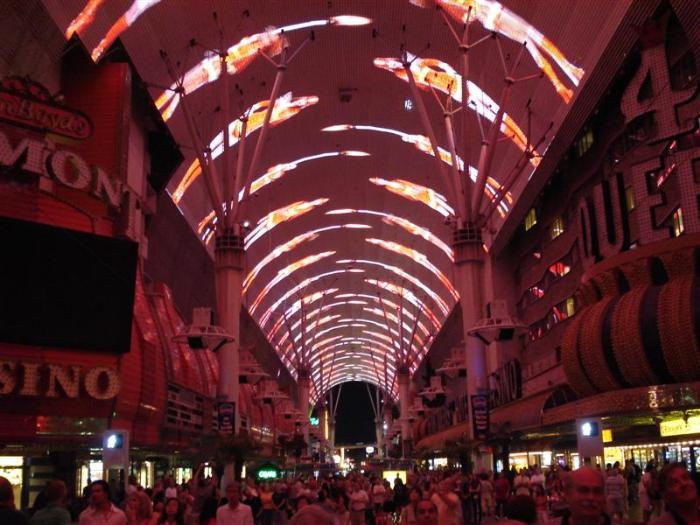 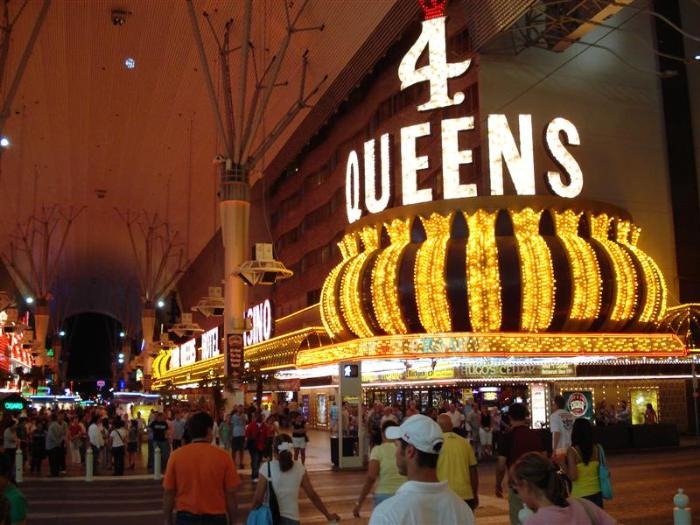 Afterwards we went into the 4 Queens casino & hotel to play some serious -EV games! I had major SKRUB in the Texas Holdem table game, hitting several bonuses with a max bonus bet of $50 (all of downtown is low stakes unfortunately). On one hand I hit AA with $50 on the bonus field, giving 30:1 back - not bad. Afterwards I made a major hit on a “Wheel of Fortune” slot machine, netting around $500. All in all I ended up around $1500-$2000 purely by playing -EV games… -EV - I say not!

Tomorrow we’ve talked about visiting the Las Vegas Gun Shop to try some AK47’s, UZI’s and similar cool guns. Afterwards we might take a trip to the Stratosphere to finally try some of the rides. We’ll round off the night by seing Jay Leno at the Mirage at 10:30 PM that night.

My plane leaves at around 8 AM saturday. Due to the recent terrorist plots discovered in the UK, I’m not really sure how much trouble I’ll have while flying home. I’m fearing I might not have enough transit time in the airports due to the increased security checks and so forth. Worst case scenario is that I’ll be forced to get a later plane, delaying my arrival time at home.