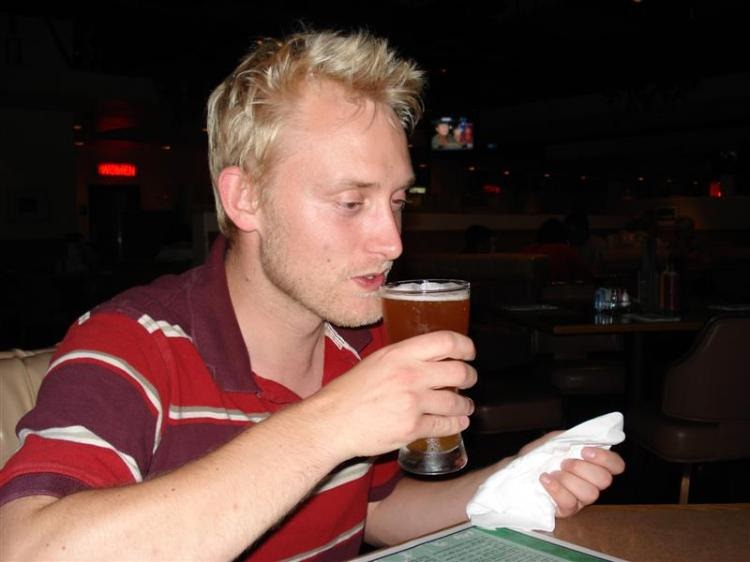 When our waitress (very hot youngish blonde) came to take our orders, Morten wanted to order onion rings as a side dish, as well as french fries for his main order. There were some confusion as to whether he could do as he wanted, so this little conversation took place:

Morten: “Can I do that?”
Her: “You can have whatever you want”

Now Morten slowly looked at hear from top to bottom, slightly pausing on the breast area, whereafter he muttered a slowrolled “Okaaaay”. I guess you should’ve been there, we all cracked up for sure… I’m not sure if she got the “joke”.

When we got back we decided to go to our local casino / resort, the Green Valley Ranch. Just before we were about to lave, I got an SMS from my cousin Dennis. Dennis and a couple of his friends were in Vegas also, and he was asking if we could meet up tonight. Despite some communicational problems we managed to find each other outside the Circus Circus (I used about 10 minutes just looking for the Strip exit from that place… God I hate Circus Circus. 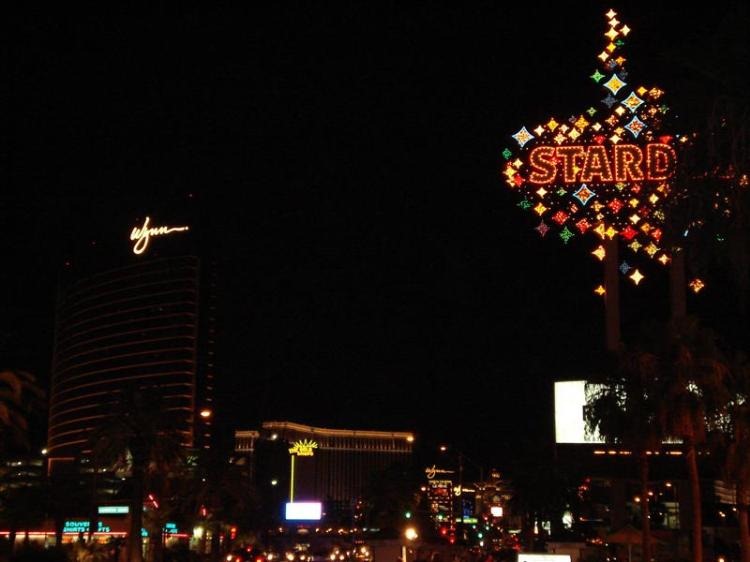 As Dennis and his friends were all below 21, we couldn’t drink or anything, so we decided to go for a stripwalk instead, seeing some of the most fascinating strip hotels.

The without doubt most fascinating hotel I have seen thus far is the Venetian. The way they have recreated the Venetian canals, gondolas, the sky, walkways and everything is nothing but amazing. 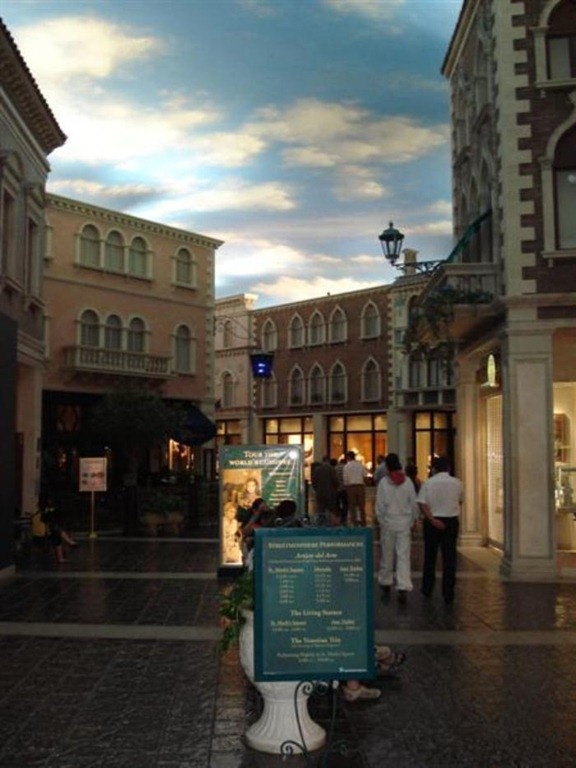 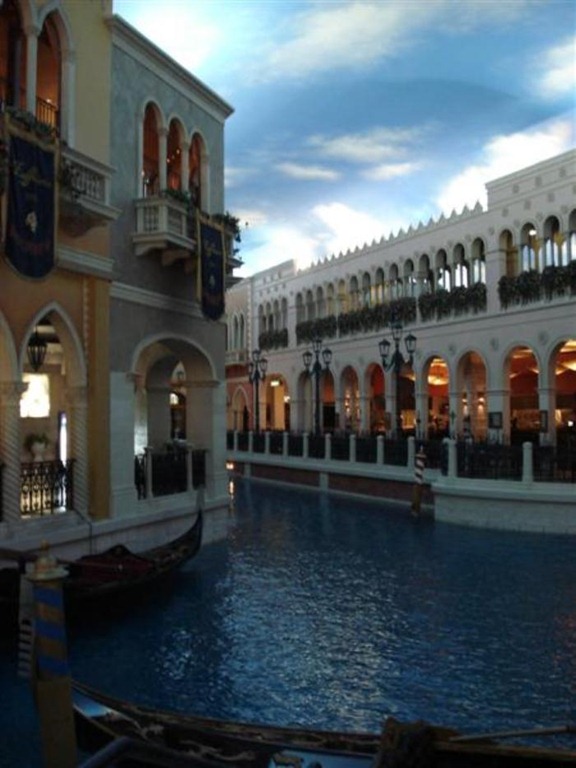 After the Venetian we went to Bally’s / Paris to see the recreation of Paris and the Eiffel Tower. 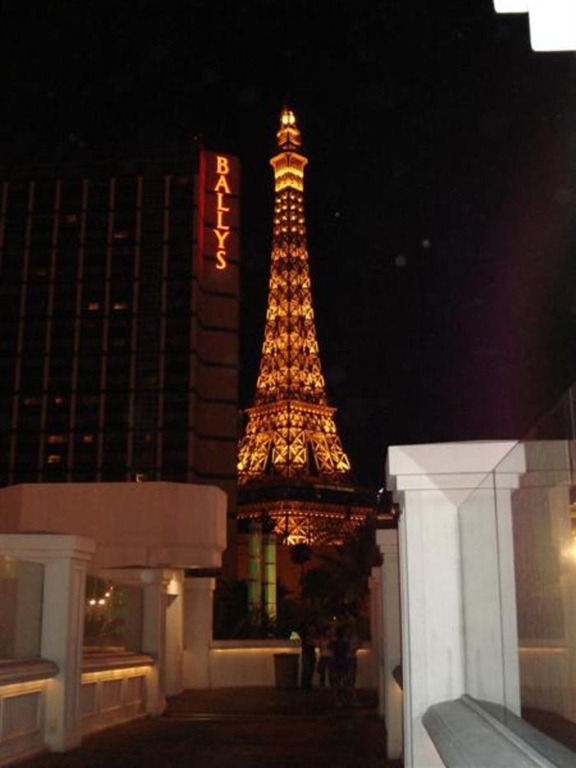 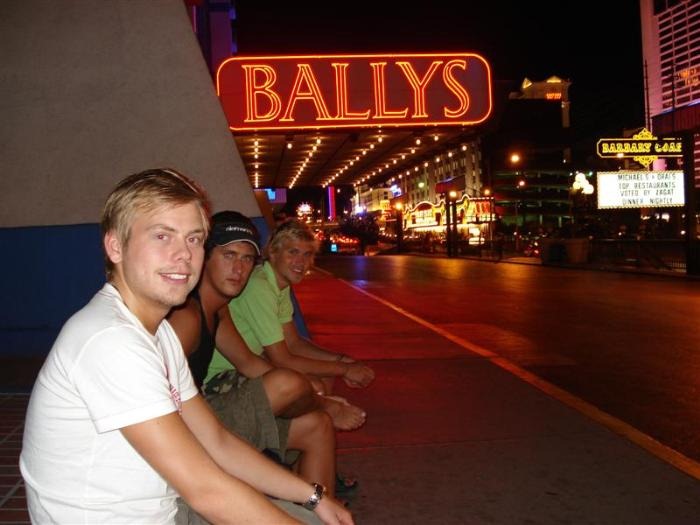 After taking a trip by the Rio and the Luxor we split up as it was nearing 3 AM, Dennis and his friends were headed back towards LA at 11 AM that very next morning. 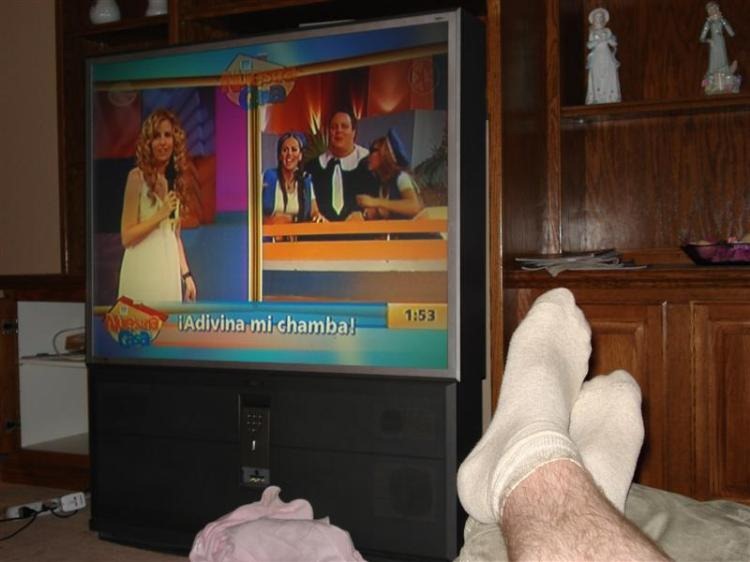 After arriving back home at the camp, I and a couple of other guys that were awake watched some mexian/hispanic tv show that we understood absolutely nothing of, but it contained an overload of totally hot chicks, so we didn’t really mind not understanding what they said.