I decided to sit down for some cash games since I was nowhere near ready to head for bed, so I bought into the usual 2/5 NL game for $500. Today I got a somewhat worse table than last time, worse in the way that people were a lot better. Most of the guys at the table knew how to play, though only a couple seemed to be really good. There were a couple of nits among them, one guy constantly complaining about everything, even when I politely told the table that I had seen the color of a card the dealer had dealt. He asked me which color it was, “Red”, “Haha, that’s easy to say, they’re both red” - well excuse me, it’s fine with me if you wanna play those cards when half the table knows about it.

I catch no cards at all, I just sit tight and blind down. There’s a friendly young guy to my left who’s clearly a good player who I’d chatted a bit with. I get 72o in the BB, he raises it to 20 UTG, everybody folds to me, I call. The flop comes Kd5c2s. Check, he bet’s 30, I call. Turn comes with a blank, something like 8h. I bet out 50, he thinks for a short while and then calls. The river comes with another blank, a 3 of some kind. I bet out 80, I’m trying not to make it too large, i want it to look as if I’m milking him with my flopped set. He goes into the tank, looks at me - I just smile back at him. He finally mucks K9o, and he’s clearly frustrated when i table my 72o. I had to loosen up the table a bit, it was simply getting too tight’n’nitty.

There’s sitting this donk a couple of seats to my right, he’s the only real donator at the table. He’s just won a major put with a runner runner flush against another guys TPTK, allin on the turn. I get QcQs in EP, raise to around 35. Two callers, including the donkey. Flop comes something like Td5c3c, a perfect safe flop for me. I bet out 3/4 pot, he calls. Turn comes with the 8c, I bet out around 1/2 pot, he calls again. River comes with a complete blank, and this time I bet out around 1/2 pot again. He ponders for a couple of seconds and then announces “Call”. I was pretty sure I had him beat, until he tables Kc6c for the second nut flush. Now, I could handle being beat, but why the f* could he not just bet/raise his hand so he would get paid? Damned donkey.

Down to around 260. I get KK in the EP, I raise it to 40, donkey calls. Flop comes very safe again, Jh5s7d, the pots around 100. I bet around 80, and the donkey moves all in. Since i only had around 260 from the beginning, I am now facing a rather large pot with a short stack, so naturally I have to call, again I expect i’m good, he probably has something like AT. Unfortunately he tables 55 and I’m dead.

Overall a crappy session. I had okay control over the table, flopped pretty good, caught some okay hands at times, but constantly someone else outflopped me.

The incompetence of most dealers continue to amaze me. I’ve had several dealers that were simply too slow and inexperienced to deal a poker game. Some of them are so fat that they can’t reach more than halfway around the table compared to others, again slowing the game down. Also today I had a situation, a lot of limpers, somebody raises to 15, a lot of callers, somebody calls all in for $3 more. Then the dealer stops, “I don’t even know if that’s a raise, anybody know?”, dude, that’s an overcall!

Of course there are also positive moments. I had my best dealer ever today, a guy called James from Sudan. He dealt those cards at amazing haste, had total control, always great and fast information, “Raise it up, call, call, fold, three to the flop” and so forth. Later on I had an asian woman, Mimi, incredibly sweet. Not the fastest dealer of all, but constantly smiling at people, even the dorky nits. I just couldn’t help tipping her a dime when she left, saying she did a good job. 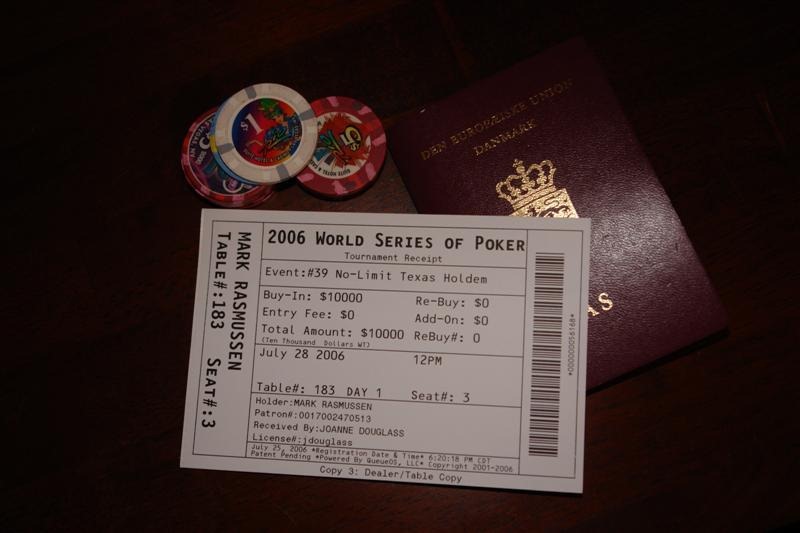