I’ve previously written on why I don’t want to rely on third party GUIs for managing my AWS services. Assuming I’ll be interacting with AWS through the SDK later on, I much prefer doing the initial setup using the SDK as well, to ensure I fully understand what I’ve done. In previous posts, I’ve shown full console application examples on how to use the SDK for various tasks; however, creating a console application project, compiling and running it can be kind of cumbersome, especially if you’re just doing some quick testing or API exploration.

If you haven’t tried LINQPad out before, go do it now! It’s an awesome scratchpad style application for writing and running C#/VB.NET/F# code, either as a single expression, a set of statements or a full application. There are also various plugins for easily connecting to databases, Azure services and lots more. Probably just a matter of time before someone writes a custom provider for AWS as well.

Getting started with the AWS SDK in LINQPad

First up, you need to download and install the AWS SDK. Once installed, open LINQPad and press F4. In the following dialog, click Add… 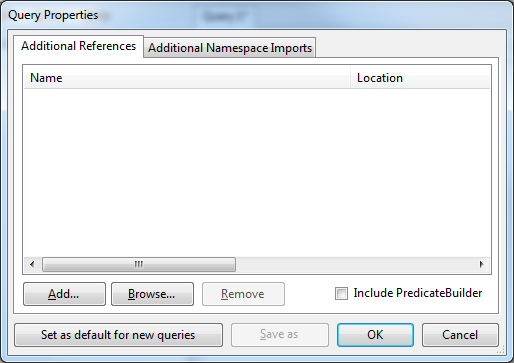 You can either browse to the AWSSDK.dll file manually, or you can pick it from the GAC – which would be the easiest option if you’re just doing some quick testing. 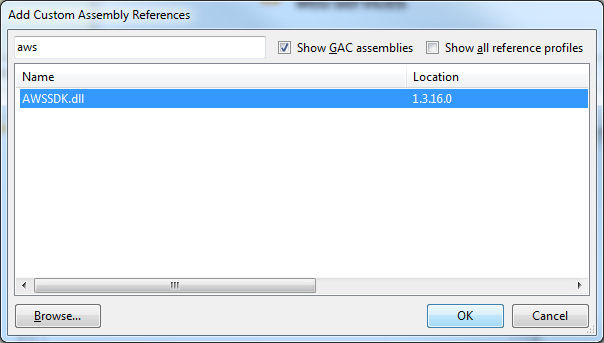 After adding it, as a final step, go to the Additional Namespace Imports tab and add Amazon to the list. 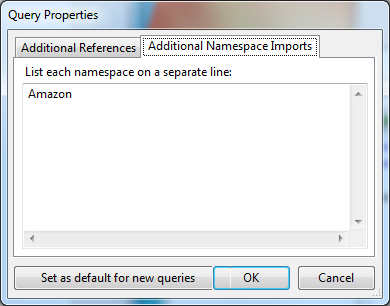 There are generally two ways to approach a new and unknown API. You could read the documentation, or you could just throw yourself at it, relying on intellisense. Unfortunately the free version of LINQPad does not come with intellisense/auto completion, however, at a price of $39 it’s a bargain.

Inevitably, you’ll probably run into an exception or two. Take the following piece of code for example; it works perfectly, but I forgot to assign the IAM user access to the bucket I’m trying to interact with (and before you remind me to remove the keys, don’t worry, the IAM user was temporary and no longer exists):

What you’ll see is a clear notification saying an exception has occurred, as well as a repeated exception in the output pane: 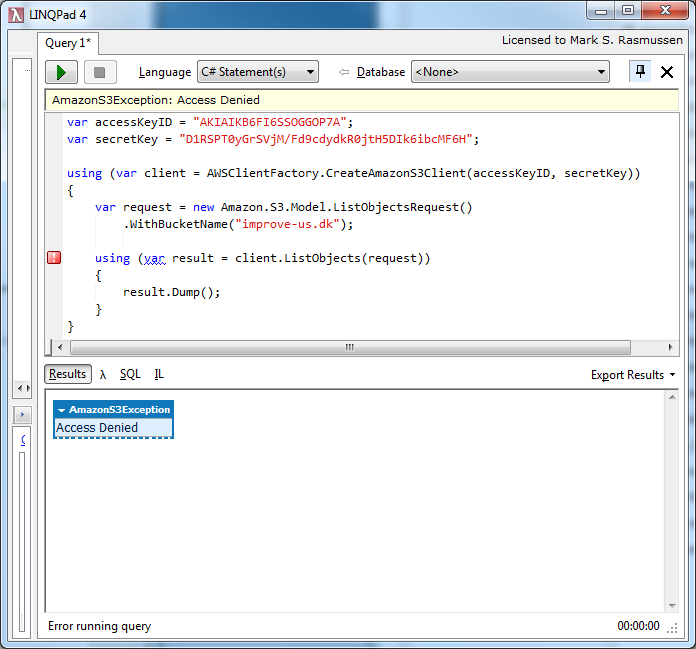 But look what happens once we expand the exception: 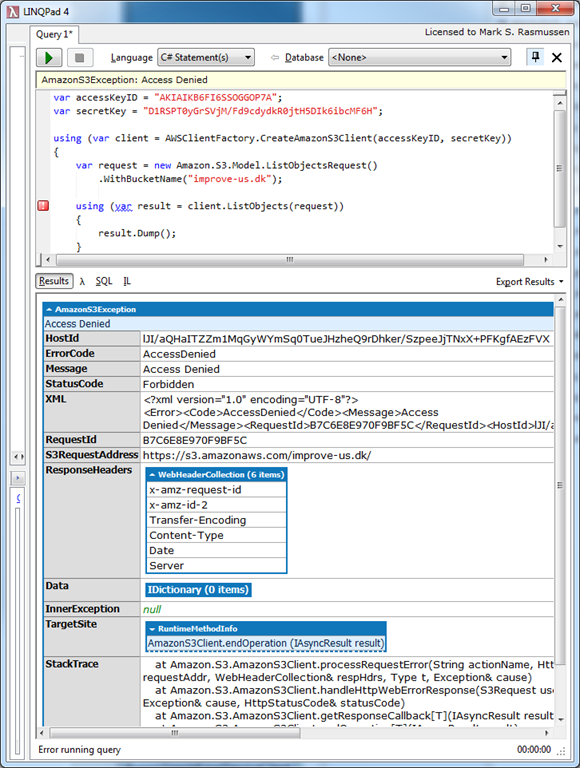 We get all of the output! Any object, returned or thrown from the code, will automatically be displayed in the output, and can easily be drilled into.

In case you’re code neither throws exceptions (by some miracle, in my case) nor returns objects, you can always call the .Dump() extension method on any object. Once I granted the IAM user the correct permissions, result.Dump() was called and the result of the ListObjectsRequest was output: 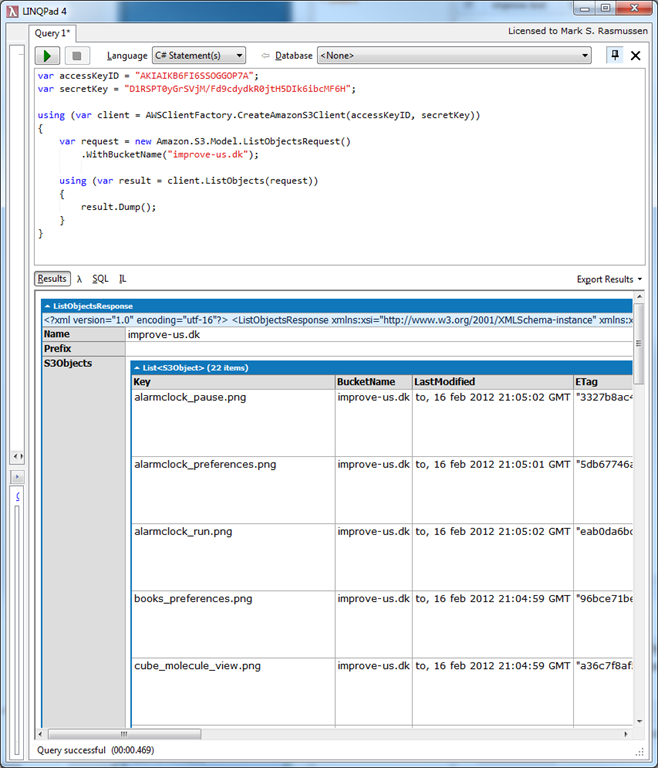 Once again it’s easy to drill down and see all of the properties of the result.

Adhering to my original statement of not liking third party GUIs, using tools like LINQPad is an excellent option for easily writing test code, without the added overhead of starting Visual Studio, compiling, running, etc. The output is neatly presented and really helps you to get a feeling for the API.

Just to finish off – LINQPad has plenty of uses besides AWS, this is just one scenario for which I’ve been using it extensively lately. I’m really considering creating a LINQPad provider for OrcaMDF as one of my next projects.