Reflections on SQLBits 9 and Getting the Most From Conferences

After getting back to Denmark from an excellent SQLBits 9, I’ve had a chance to reflect a bit on my experiences. Not just on SQLBits itself, but the very concept of attending conferences and how to get the most of it.

What can I say, it’s an excellent conference. The price is very low compared to comparable offerings, and there’s even free content if you’re just going on the Saturday. I loved the informality, placing it somewhere between the more serious PASS Summit and the king of informality, Miracle Open World.

One of the really great things about SQLBits was the layout. There was no separate exhibition hall, instead, it was smack in the middle of the lunch and walkthrough area. This meant people constantly went by the exhibitor booths and generally had a ball in the common area.

I presented a precon and a general session and I’m generally satisfied with the outcome. I look forward to receiving the feedback from SQLBits so I know how to create even better sessions next time! A special thanks goes out to Simon Sabin who not only cheered me on to continue OrcaMDF back in April, but also pushed me to turn my internals session into a fully fledged precon.

Now for a couple of observations and tips to get the most from the conferences you attend.

Some sessions were packed, others were scarcely populated. In almost all the sessions, you had a pretty free choice of where to sit. If the screen isn’t too close, and there’s space, make sure to get a front row seat! You’ll get an unobstructed view of the screen, better connection with the speaker and optimal conditions for saying hi to the speaker afterwards.

I used to always place myself near the back, just as I’d preferred it in school. Wouldn’t want that nasty teacher to ask you a question, would we? Well, this isn’t school! You’re most likely here voluntarily, so why not get the most from it? The speaker won’t ask you questions unless you participate yourself, so there’s nothing to fear. However, you should participate!

If there’s anything you’re in doubt of, disagree with or would like to have explained in further detail – raise your hand! The speaker will politely make it clear if there’s no time for questions, but most likely, he/she’ll enjoy the interaction. And don’t worry, there are no dumb questions – you’ll most likely find others pondering the same question, but just not wanting to raise their hand.

Not only will participation increase the chances of you going home satisfied, it’ll also improve the dynamics of the session. As a speaker, there’s nothing better than the feeling of an engaged audience.

Don’t be a wallflower 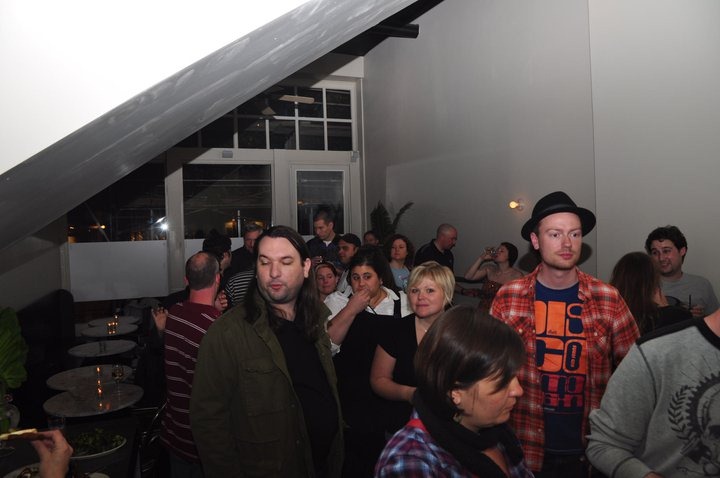 Wes Brown wrote an excellent piece on plucking wallflowers. I’ve attended quite a number of conferences so far, but never have I gotten as much out of them as I have this time at SQLBits. Why? I met people!

I went to the PASS Summit last year, not knowing anybody. I had a great time, but I didn’t meet very many people – all to the credit of myself. As most of us are, I’m an introvert – talking to strangers doesn’t come naturally to me. However, I know I should, so I try to do my best. At PASS I signed up for the excellent Inappropriate Sessions Meetup, a small community event where everyone seems to know each other. Not knowing anyone, it was a fun way for me to push some boundaries.

This year at SQLBits, I had the advantage of knowing a couple of people in real life. Even better, I’d connected with 20-30 people over Twitter during the last half year. I hadn’t met any of these outside of Twitter, but this really laid the foundation for a lot of great connections.

When you walk around and spot someone whose name you know, introduce yourself! Doesn’t matter if you don’t have anything clever to say, just shake their hand, introduce yourself and walk on if you feel like it. This makes it much much easier to start a conversation later on in the bar, during a session or lunch, etc.

If you liked a presentation, walk up to the presenter afterwards and introduce yourself. If you don’t have any comments, just say how you liked the session – presenters love that. And once again, you’ve set yourself up for an easier conversation later on.

On the topic of presenting yourself to people – don’t be afraid of speakers. The amount of speaker bite related injuries have been on a steady decline for the past several years, making it safer than ever. Joking aside, you’ll find that most speakers are just normal persons who love to have a conversation. Though speakers may seem very extrovert, many are actually introverts that have just managed to overcome that social boundary in the very moment. Talk to them! Introduce yourself! Set yourself up for conversation later by shaking their hand after a session.

I had a number of people come up to me during the days and just comment on my session, and all of a sudden, we had a conversation. It’s a great way of starting a conversation, and I love meeting new people, getting feedback on my sessions and hearing about their conference experience.

Stay at the conference hotel

The conference hotel is usually the most expensive option. At the same time, it’s one of the cheapest boosts you can give your conference experience. Staying there makes it much more convenient for you to stay at the bar until 4 AM while making friends and awesome conversation.

It’s also much more convenient when you realize the coffee you’ve spilt on your white shirt during the first session. And even more convenient once you get back with your new shirt and realize you also spilt coffee all over your badge and business cards, and thus have to make yet another trip to the room. I totally did this, and it didn’t take me more than 10 minutes to be back in the game.

Staying at the conference hotel will also make it much easier to hook up for dinner events, going out after the sessions, etc. Basically, it’ll make the tough social game easier – it’ll improve your odds of not becoming a wallflower.

I’m leaving for Seattle this Saturday. This’ll be my second PASS Summit, and I absolutely can’t wait. I’m fully determined to get the most from the Summit this year, taking advantage of all the after hours events. There are basically public social events Monday – Friday, many days are even double booked.

Make sure to get the most out of the Summit not just by attending all of the great sessions, but by connecting with people – that’s the one thing you can’t do at home sitting in your chair while watching the DVDs!