It seems that most Microsoft affiliated Vista users brag about their high System Rating scores, most of them being in the 4+ area. How about aiming at who can get the lowest score? Well say hello to my laptop:

I’ve installed Vista on my Dell Latitude X1 laptop that boasts a puny 1.1Ghz Pentium M CPU and 512MB memory, and the graphics card isn’t even worth mentioning. To my surprise Vista actually seems to run quite well on my laptop. Naturally I’m unable to run the Aero user interface as my laptop is no where capable of that, but even the non-aero user interface looks quite neat. Another plus is that Vista was able to use my sound card, wifi, bluetooth and my laptop specific function keys without me installing any drivers, very nice (in a Borat-ish voice).

The Windows XP user interface never turned me on. In fact, the first thing I do on a new XP installation (after unplugging the network cable) is to revert the user interface back to the good old classic Windows 2000 look, ahhh, the memories. Although Vístas interface looks a lot more professional, one does get the feeling that it really is nothing more than a new user interface running on top of all the old components.

For instance, look at this command prompt that I’ve opened. It clearly shows that the Vista interface attempts to put a Vista border around the classic 2k style window, creating some sort of ugly double-border look. 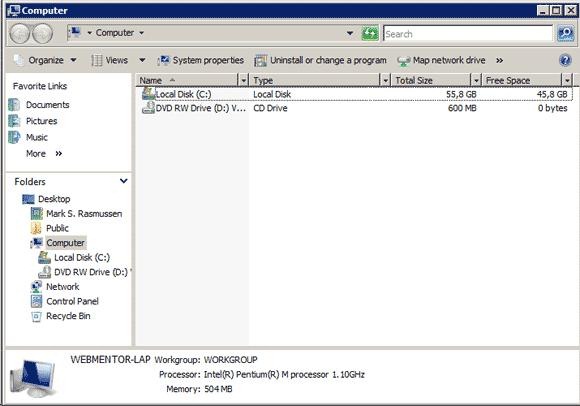 If you switch back to the 2k look you get a bit disappointed. In my opinion the user interface looks very messy, there are no clear lines that indicate the various parts of the window. This isn’t just an issue with the “My Computer” window as indicated in the above picture, but in most Vista windows. Compare it to the Vista look below: 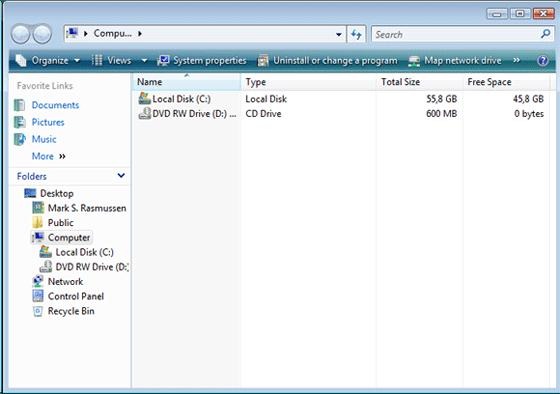 It’s sad that all I’m mentioning here is the user interface, but that really is what counts on a first impression basis. I haven’t used Vista more than about an hour, so I’m going to save any indepth analysis for later on when I know what I’m talking about.

It seems that Vista is already out on MSDNAA in some countries. Though there is no official date we’re hoping to have Vista out on MSDNAA in Denmark sometime in December. Vista Business will be available through MSDNAA, not Ultimate - the Media Center capabilities of Vista Ultimate includes some rather expensive codecs which cannot currently be put onto MSDNAA, I do however hope that it will be possible later on.